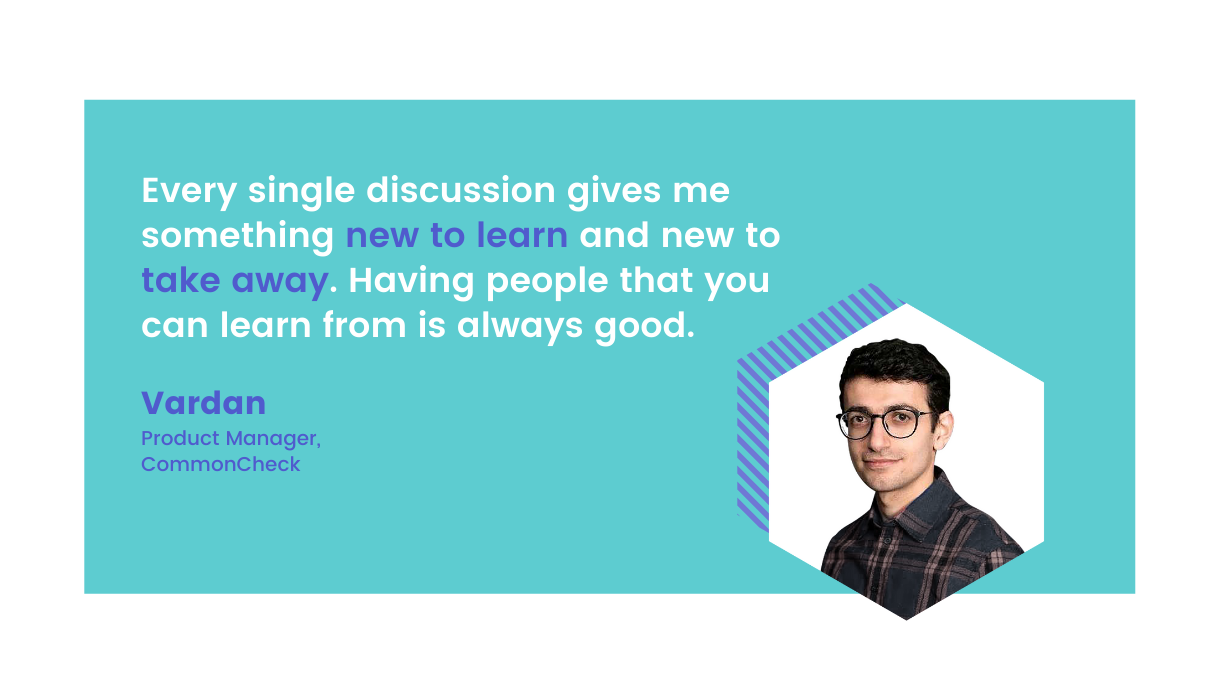 Meet the Wizard Behind the Wallet - Vardan

Have you used the Affinidi wallet?

Well, if you haven’t, we urge you to try it right away. You’re sure to be blown away by its rich features that can be accessed through an easy-to-use interface. If you’re already a user, we don’t have to tell you about its high levels of security and usability.

Today, join us as we talk to one of the wizards behind this wallet - Vardan Grigoryan.

He is currently the Product Manager for CommonCheck, an interoperable verification solution for governments and aviation partners to enable safe travel.

Vardan, how would you describe your role at Affinidi?

Challenging, inspiring, and an opportunity for problem-solving and listening. A product manager needs to be solving challenging problems and that’s exactly what I do.

At the same time, I listen a lot to other people before making my decisions which is also an important part of my role.

What's the best part about being a Product Manager?

Working with a professional team at Affinidi. Every single discussion gives me something new to learn and new to take away. Having people that you can learn from is always good.

And the misunderstood part?

That the product manager is the sole person responsible for making all product-related decisions!!

In reality, you have to be a good listener to know others’ opinions, and the decisions have to be a collective effort.

What’s the most fulfilling project you’ve worked on?

Ever since I joined Affinidi, I’ve been working on the Affinidi Wallet. The most interesting project was the one where we had to build a type of wallet that worked only on customers’ devices and gave them complete control of their data.

Keeping in line with decentralised identity principles, this wallet would gather the individual’s verifiable credentials and would allow them to share everything from their device only. Nothing was stored in any cloud storage.This was interesting because building such a product allowed me to solve a problem differently. It required an out-of-the-box approach and this was what gave me a sense of fulfilment.

Interesting! So, what brought you to identity technology in the first place?

Back then, I was solving problems for e-commerce consumers using traditional tech. Here at Affinidi, we are solving problems for individuals who want to have complete control of their information. We solve problems while keeping privacy in mind, and that makes the whole thing different. In the process, I had to unlearn and relearn to find the best way to make things simple.

If you weren’t in your current role (or anything similar), what would you most likely be doing?

I would probably be in a venture capital firm investing in startups. That’s one of my hobbies. At some point, I’ll slowly be moving in that direction.

Name a person you feel inspired by and Why?

Every time I read his book or tweet or watch his TED videos, I’m inspired. His positive approach to a bright future and the thought of how we can build it together is inspiring. I started with his book titled, ‘Find your why’  and since then, have become a big fan.

If someone were to spot you outside of work, what would you most probably be caught doing?

I have a habit of buying and selling brandable domain names, so you'll see me checking out newly available domains. For the rest of my free time, I spend it with my family. You’ll see me playing with my son, going for a walk with my family and friends, and doing other fun things.

What's one thing most people don't know about you?

I started learning English only in university, when I was 17 years old. Before that, I didn't have any formal English education. I only learned French and Russian at school.

I started with simple communication and even took a private class to learn English twice a week. My French knowledge helped me a little as some words were similar. Some basics I have also learnt through actual programming (i.e. error messages) before so there was already some base.

Today, we speak mostly in English with my son at home so that he can pick it up easily. In fact, my three-year-old son speaks better English than I did when I was 20 years old.

‍Editor’s note: Vardan spoke so fluently in English that we wouldn’t have known he started learning at 17 if he didn’t mention it!

If you had a superpower, it would be…

Healing. Health is the most important thing for me. Even for my kid, I get really worried when he’s sick. The thing I’m most afraid of is for him to have any health issues. With this superpower, I want to make everyone healthy.